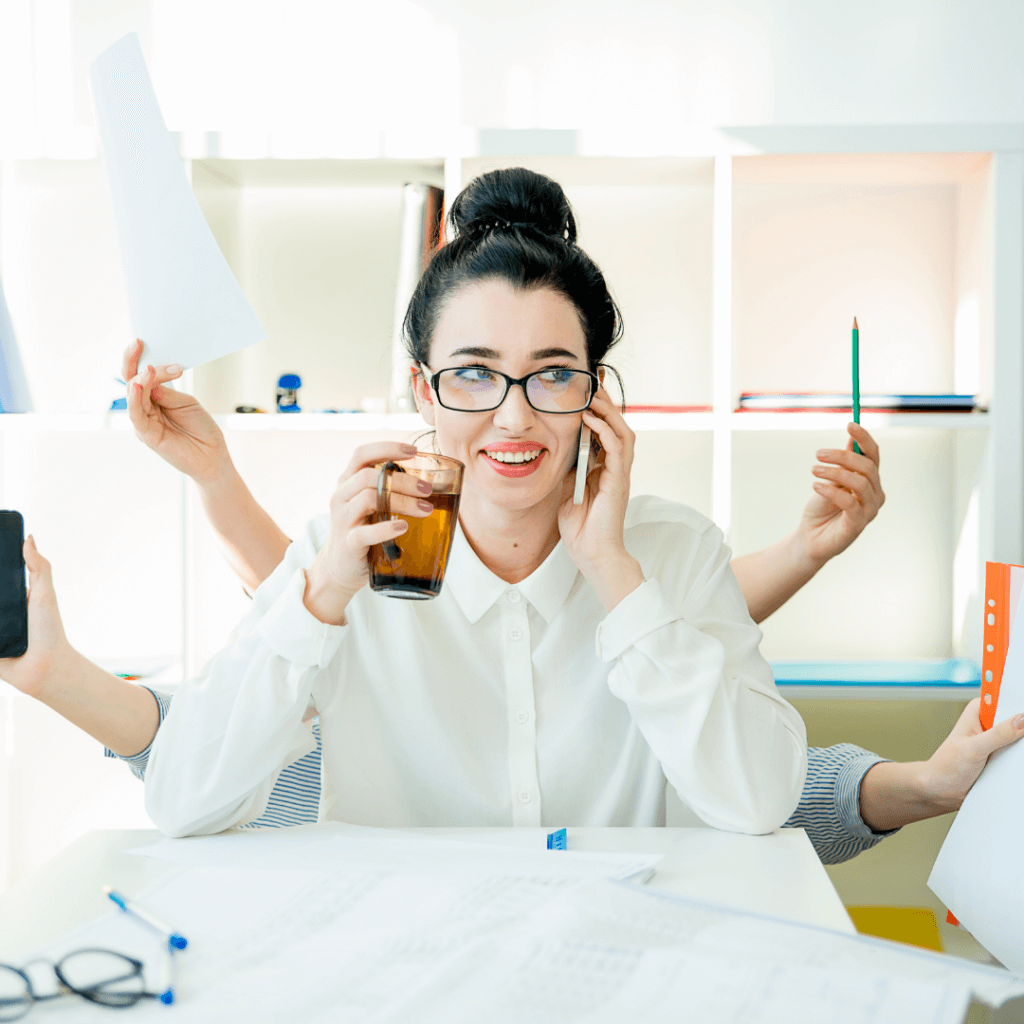 The exceptionally high cost of multitasking – We’re all a little guilty of this.

Ten minutes scrolling Facebook; responding to an email during a call; getting the kids a snack while trying to put together a blog post; it’s all the same, essentially. Right?

It might sound pretty efficient, but when it boils down, it’s a wild amount of wasted time. The exceptionally high cost of multitasking is worth doing a bit of research on.

According to the American Psychological Association, shifting between tasks (multitasking) can cost as much as 40 percent of someone’s productive time. That is almost a half’s drop of your efficiency simply when you try and juggle several tasks at once!

Existing research suggests that multitasking has a negative impact on productivity, error rate, critical thinking skills, and concentration. Multitasking impacts the individual with regard to stress, work-life balance, and can have social repercussions.

This is some serious stuff.

Here are some other negative impacts when you multitask within the workplace.

A study by the University of London found that participants who multitasked during cognitive tasks, experienced an IQ score decline similar to those who have stayed up all night. Some of the multitasking men had their IQ drop 15 points, leaving them with the average IQ of an 8-year-old child. The next time you find yourself in a meeting, trying to juggle listening to your client and reading the day’s top stories, know that little information will be stored from either tasks when all is said and done.

For most, this should be reason enough NOT to multitask, but I digress…

Given that multitasking would cost you almost half of your productive time, it is only expected that you will require to pay back at least half of that time in order to get your work done. And here, we are referring to completing a single task. Multiply that by the numerous deadlines and tasks that you have to meet. You end up spending more time on your work when you try to complete all them simultaneously.

It’s hard to focus on two things at once! This is the reason many states prohibit texting while driving. You wouldn’t endanger yourself and others by responding to a text at forty-five miles per hour — and even though replying to emails in the middle of a phone call isn’t as dangerous, it’s equally distracting. As a result, multitaskers risk forgetting or omitting important information, and distraction is hardly productive.

Unfortunately, despite what we know, multitasking is already an ingrained aspect in our culture and workplace. So, what can be done to counteract the negative effects of multitasking?

Let me show you how to… “abracadabra”

What are your favorite ways to combat the exceptionally high costs of multitasking? 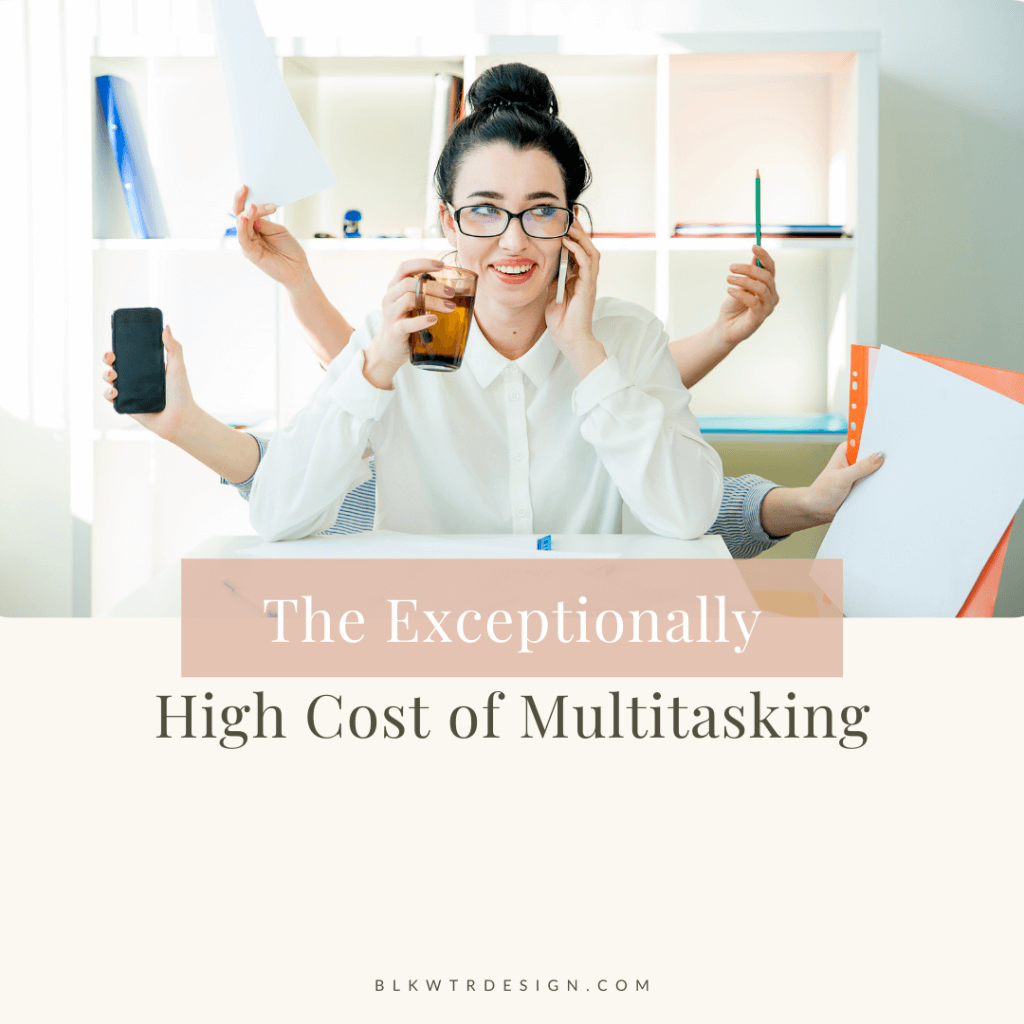 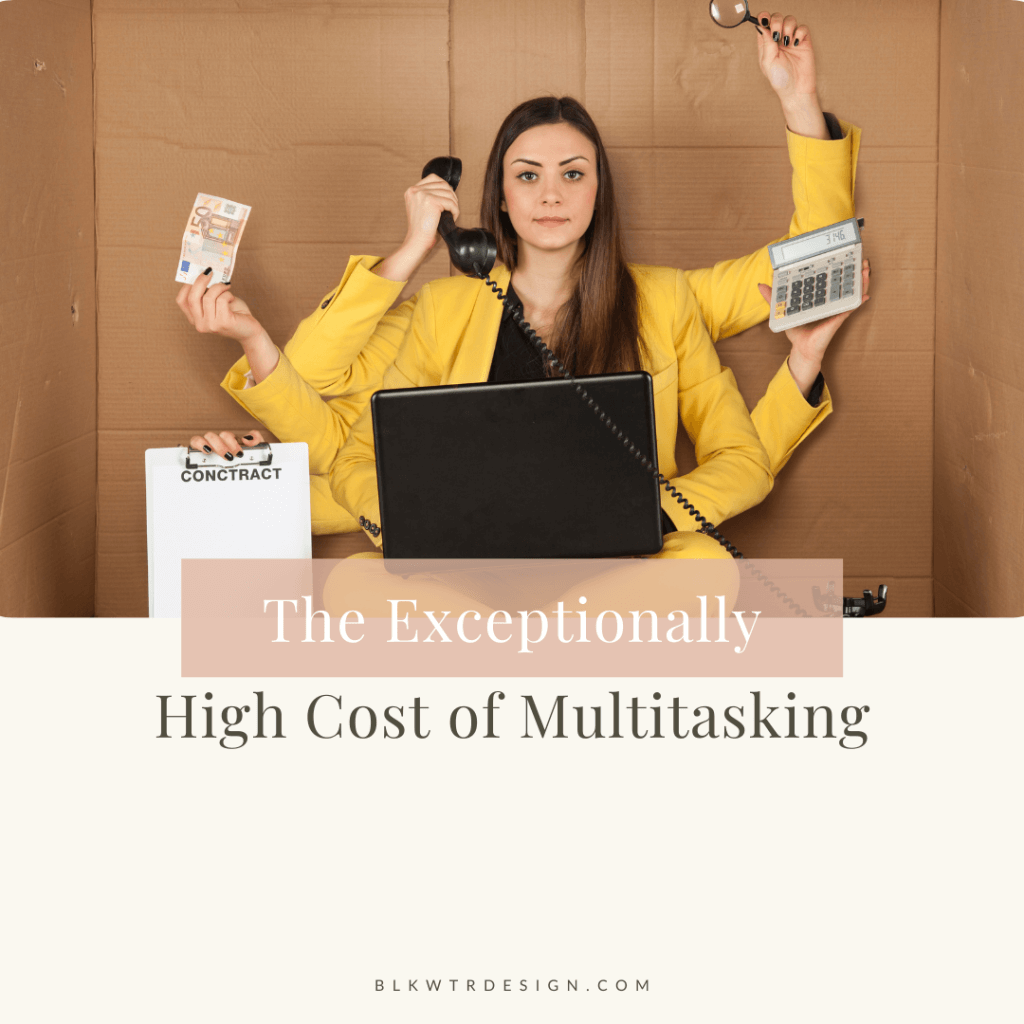 How to Determine Pricing for Your Studio

This site uses Akismet to reduce spam. Learn how your comment data is processed.